Written by Olarotimi Oshin on December 8, 2022

In preparation for the 2023 general elections, the National Orientation Agency (NOA) on Wednesday urged parents, guardians, educational and religious institutions and political leaders to discourage youth from allowing evil minded members of the political class to deploy them as destructive tools of campaigns of perceived opponents.

The State Director of NOA, Mr Olusegun Adeyemi, who gave the admonition in Ilorin today, told politicians to make their campaigns issues-based.

Adeyemi called on the political players to stop heating up the polity via what he identified as ‘campaign of calumny, violence and hate speeches’.

The NOA chief appealed to the prospective eligible voters, who registered for permanent voter cards with the Independent National Electoral Commission (INEC) to collect them, just as he lamented the huge number of cards lying fallow with the commission.

He made the statement at the voter education forum of the agency, themed: “Building a people of peace to ensure credible 2023 general elections”.

On his part, the state Chairman of Nigeria Union of Journalists (NUJ), Abdullateef ‘Lanre Ahmed, urged media practitioners to be cognizant of the electoral law in their reportage during the forthcoming general elections.

Ahmed also pleaded with the electorate to be cautious in the process of recruiting leaders, pointing out that the election of credible candidates is a precursor for good governance. 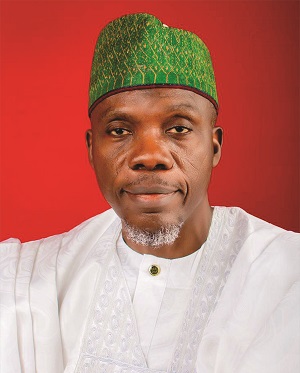