The federal government has ordered an investigation into the military payroll as a means of cleaning up what has been perceived as a rot in the military personnel payments. 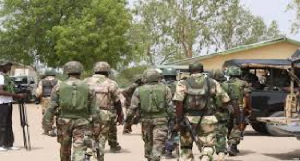 The investigation, according to the Federal Ministry of Finance, became imperative following revelations in the course of the trial of a former Chief of Defence Staff, retired Air Marshal Alex Badeh, at the Federal High Court, Abuja, that the sum of five hundred and fifty-eight-point-two million naira was allegedly diverted monthly from the Nigeria Air Force account into private pockets.

The investigation, according to the Minister of Finance, Mrs. Kemi Adeosun, will be carried out by the Continuous Audit Team of the Federal Government.