Nigeria will abide with ICJ’s decision on Bakassi – Buhari

President Muhammadu Buhari has assured his Cameroonian counterpart, Paul Biya and his people to put their mind at rest on the allegation that Nigeria was still accessing hydrocarbon from the oil rich Bakkassi Peninsula despite the judgment of the International Court of Justice, (ICJ) that ceded the region to the Central African nation. 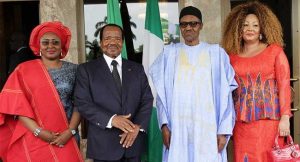 President Buhari gave the assurance at a joint press briefing which followed the signing of bilateral agreements between the two countries.

According to him, a committee has been set up with members from both countries to deliberate on the matter. While the report of the committee was being awaited, President Buhari said Cameroun needed not to worry as Nigeria would not go contrary to the ICJ decision.