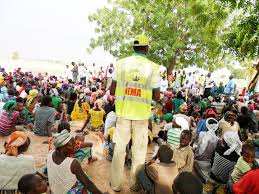 The House of Representatives Committee on Internally Displaced Persons (IDPs), Refugees and Initiatives in the North-east has expressed concern over the appalling condition and malnourishment among IDPs in the region.

It decried the Federal Government’s current approach to addressing the plight of the IDPs, saying the government’s support services are not reaching the displaced persons. It noted the lack of concurrent plans to tackle the influx of IDPs into camps in the region, a development that was triggered off by intensified military campaign against the Boko Haram insurgents.

The committee chaired by Mohammed Sani Zorro stated that the development, coupled with the lack of transparency in the procurement of food supplies by the Presidential Initiative on North-East, has led to deteriorating humanitarian situation in the zone.

To urgently salvage the situation, the House called for the appointment of a committed Commissioner and Chief Executive for the National Commission for Refugees. It added that the commissioner should be able to develop capacities and reposition the commission such that it could deliver on all mandates specified in the Geneva Convention and the additional protocol governing treatment of refugees and IDPs.