The Federal Government has denied withdrawing the 2016 Budget proposal presented to the National Assembly in December.

Reports, especially on social media, had attributed the purported withdrawal to suspicious inflation of budgetary votes in the proposal.

Briefing State House correspondents at the end of the Federal Executive Council (FEC) meeting presided over by President Muhammadu Buhari, the Minister of Information, Lai Mohammed and Minister of Finance, Kemi Adeosun said the allegations were false.

The information minister also denied the accusation by the Peoples Democratic Party that the All Progressives Congress-controlled government plans to exterminate the opposition. According to him, this government is not micro-managing any of the anti-graft agencies as they do not contact the President or anybody before doing 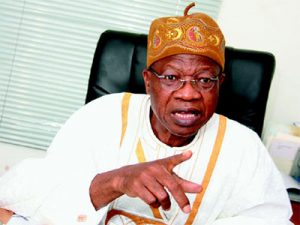